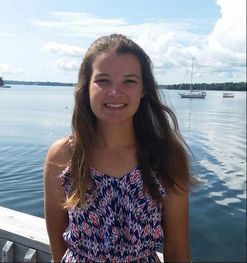 Bailey Fenton
​
​Bailey is excited to begin her first year coaching at LYC. She has sailed everyday all summer for the past 5 years and has been on the race team for the past two years, finishing off last season with competing at C420 youth nationals. Bailey attends Dalhousie University studying ocean science and is on the Dal sailing team executive for next year. The most important lesson she wants to teach her students is to never give up, because although learning the basics may be frustrating at first, it is so rewarding to finally understand sailing and you’ll be hooked forever.
​Hometown: Oakville, Ontario
Best sailing story: Last year, the first day of the Bay Wind Regatta was very windy, as St. Margaret’s Bay usually is. I just remember seeing the waves and the huge gusts moving across the water and being so sure that my skipper and I weren’t able to handle it, as we were a smaller 420 team. But as tough as it was, we made it through the races with good results. The feeling of accomplishment I had after that was beyond incredible, as I had realized that all of my hard work had paid off.
Nickname: Bails 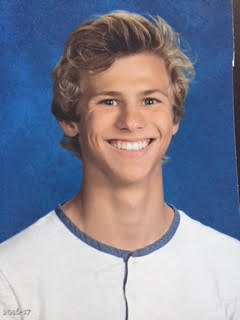 ​​Evan has spent every summer on the waters of Mahone Bay. He began his sailing training at age 8 and has raced both Opti and laser radial.
Evan has been a member of the NS provincial prospect team for the past 3 years. Evans a qualified Cansail 3-4 instructor and is looking forward to his first year coaching at LYC
HOMETOWN: Halifax
FAVOURITE SAILING MEMORY:  training in Pwhelli, Wales for Opti European regatta.  Only the Canadian and German team braved the exteme winds one day to train. Most wind I’ve ever sailed in 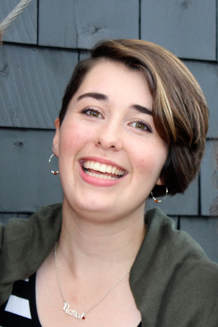 ​Nora​ began her sailing journey in Australia at the age of 11 as a Canadian expat. After years of
sailing an Opti and successfully competing at the Australian Opti Nationals, she then moved into
sailing a Laser 4.7. In addition to sailing as an Optimist State Development Squad member in
Victoria, AU; Nora is an alumist of the both the Youth and the Women’s Keelboat Squads at
South of Perth YC in Western Australia ~ sailing the BW8 and Foundation 36 respectively. After
gaining several years of competitive sailing experience overseas, she moved back to Canada
with her family in 2016 and spent her first summer sailing out of LYC.
Hometown:​ Bridgewater, Nova Scotia
Favorite Sailing Memory:​ Sailing as an invited Optimist class at the ISAF World Cup
Championship in Melbourne, Australia. It was a heart-pumping; mind-bending, body-testing
event where I got to hang out with olympic sailors, international sail team members, and
compete with some pretty talented Optimist sailors from across Australia and around the world.
Favorite Aspect of Sailing: ​I love the adrenaline rush of racing; hanging out with fellow
competitors; meeting new people; and pushing myself outside my comfort zone.

Madelyn Chaisson
​
Madelyn, grew up racing keelboats and raced C420’s out of LYC. She has sailed in the LTS program for as long as she can remember, and is counting down the days until the sailing season starts again! Madelyn loves kids and is looking forward to meeting who she will be coaching this summer. She’s excited to able to give back to the LTS program, and to be given the chance to show her students how much fun sailing can be!
Hometown: Lunenburg, NS
Favourite Sailing Memory: I have so many memories from sailing at LYC! I think my favourite would have to be last summer at the Bay Wind regatta. My partner and I really came together as a team and our confidence in what we could accomplish together soared. Especially after seeing results we realized that the work we put in really did pay off.
Favourite Ice Cream: Coffee Mocha Fudge
​Nickname: Maddie 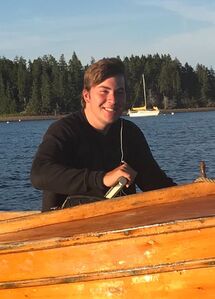 Noah Crouse
​
Noah is looking forward to introducing the youngest sailors at LYC to the joys of sailing and boating, as an instructor for the Wet Feet and CanSail 1/2 programs. A trained lifeguard and experienced sailor, Noah launched his first boat at the LYC at age 10, and worked his way up to the Laser race team. He worked as head coach of the rowing program at the LYC for two years, and was the SailAble instructor last year. He has made lifelong friendships along the way, and looks forward to inspiring those same great memories among the junior sailors this summer.
Hometown: Ottawa, Ontario
Favourite Baked Good: Magic Bars
Best Sailing Memory: Sailing past the headland with the race team, the thrill and freedom of being out in the open water, crashing through waves alongside my teammates.
Nickname: Crousey